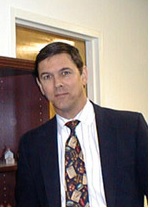 Wayne D. Steedman is a senior partner with The Steedman Law Group, with over twenty-six years’ experience as a special education attorney.  He began solo practice in 1991 and was a founding partner of the law firm Callegary & Steedman, where he practiced for over 18 years.  Wayne’s practice is devoted primarily to the representation of children with disabilities, as well as adults seeking accommodations and supports in post-graduate education and examinations. Wayne has represented clients in administrative due process hearings, Maryland state courts, Federal District Court and the Third and Fourth Circuit Courts of Appeals. He is also admitted to practice before the United States Supreme Court.

Mr. Steedman earned his Juris Doctorate from the University of Maryland School of Law. In addition to his law degree, Mr. Steedman holds a Master’s of Social Work from University of Maryland’s School of Social Work. Prior to practicing law, he was in charge of the clinical treatment program at the Forbush School at Sheppard Pratt Hospital, where he worked with children with emotional disabilities for more than twenty years. He served for approximately ten years as a Due Process Hearing Officer in special education cases. He has been engaged as a nationally-known speaker on numerous topics related to special education law through Wrightslaw, [www.wrightslaw.com], and offers both training for new attorneys and presentations for parents and advocates through COPAA, the Council of Parent Attorneys and Advocates [http://www.copaa.org] as well as through local schools and advocacy organizations. He is on the Boards of Directors for the Arc of Northern Chesapeake, [www.arcncr.org]  which supports residential programming and employment opportunities for individuals with intellectual and developmental disabilities, and Vice-President of the Board of Family and Children’s Services of Central Maryland, [www.fcsmd.org]   which provides trauma counseling, senior services, housing, case management and more advocacy for families throughout the central Maryland region. He is also the founder and facilitator of MDSEL, the Maryland Special Education Lawyers’ group, which facilitates mentoring and sharing of information and support among special education attorneys in the state. 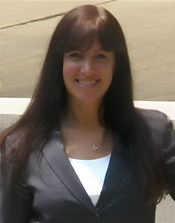 Cheryl A. Steele Steedman is the managing partner of the Steedman Law Group, and has been practicing special education law with her husband, Wayne, since 2012.  Prior to admission to the bar, she served as a paralegal in special education law cases for over ten years, advocating in IEP meetings and assisting with due process hearings in multiple school districts throughout the state. Cheryl’s focus has been guiding and educating parents as they navigate the IEP and 504 processes for their children, and balancing collaborative advocacy, negotiation through mediation and resolution, and assertion of student rights through due process. Cheryl has completed Child Counsel Training through the Maryland Judiciary’s Department of Family Administration, is a member of the Council of Parent Attorneys and Advocates (COPAA) and Maryland Special Education Lawyers (MDSEL), and has co-presented informational sessions and webinars on the IDEA, IEP strategies, and functional behavior assessments and intervention plans. She is proud to join Wayne in support and volunteer work for the Arc of Northern Chesapeake and for Family & Children’s Services.

Cheryl received her Juris Doctorate from the University of Maryland School of Law.  During her early years of law school, she was awarded Maryland Public Interest Law Project grant to serve as an intern for the Maryland Disability Law Center (now Disability Rights Maryland), and she worked as a student attorney with the University of Maryland Law School’s Juvenile Law Clinic, where she represented children in special education and custody cases, as well as CINA proceedings. She was also honored to earn the American Jurisprudence Award for her course work in family law and mediation.

Before pursuing her legal education and career, Cheryl earned a Bachelor of Arts degree in psychology at the University of Maryland in College Park, focusing on child development and children’s mental health. She worked for several years as a milieu therapist at Villa Maria, a residential treatment facility for children with emotional disabilities and special education needs, where she developed and implemented behavioral incentive plans and supports, piloted a new facility-wide service model, and co-sponsored an art therapy group.

Cheryl has extensive personal experience as a parent advocating for a child with learning differences. She is the proud mother of two wonderful and successful young adults; one earning her master’s degree in speech-language pathology in May 2018, and one pursuing his bachelor’s degree in computer sciences and history.

Cheryl is admitted to practice in the Court of Appeals for Maryland and the United States District Court for Maryland.

Margaret Pane-Tufano, better known as Peggy, is an Associate with the Steedman Law Group.  She joined the law group in July 2017, and practices education law, with a focus on special education and student rights.  Peggy has been admitted to the practice of law in Maryland since 2016, New Jersey since 2000, and Pennsylvania since 1998.  Peggy is a member of the Education Law Association, and the Council of Parent Attorneys and Advocates (COPAA).

Peggy attended Rutgers School of Law at Camden, graduating in 1998.  During law school Peggy interned with the Office of General Counsel for the School District of Philadelphia.  Upon graduation, Peggy was an Associate at Wisler Pearlstine, LLP, representing school districts in the suburbs of Philadelphia and practicing in many areas of school law, particularly, special education, gifted education, student rights, Title IX, and the Family Education Rights and Privacy Act (FERPA).  She has lectured on various school law subjects in schools, at conferences, and in college classes, and has taught a graduate education course on school law, covering topics such as special education law under the Individuals with Disabilities Education Act, Section 504, Extended School Year services, Title IX, FERPA and First Amendment rights of students in the schools.

Before becoming an attorney, Peggy was a teacher in New York public schools, teaching all levels of Spanish and French in typical secondary school settings (grades 7-12), as well as at a high school Alternative Learning Program for at-risk youth.  She earned a master’s degree in Secondary Education from Hofstra University in 1992, and Bachelor’s degree from the State University of New York (SUNY) at Binghamton in 1991, in Comparative Literature, and in Spanish Language and Literature.  Peggy holds permanent New York State licenses as a Secondary Education teacher in Spanish, French, and English.